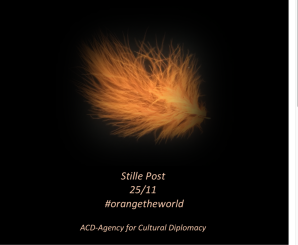 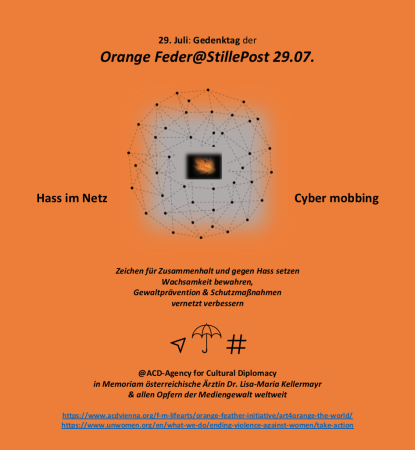 Connect, Engage in, and Support

the prevention of violence: 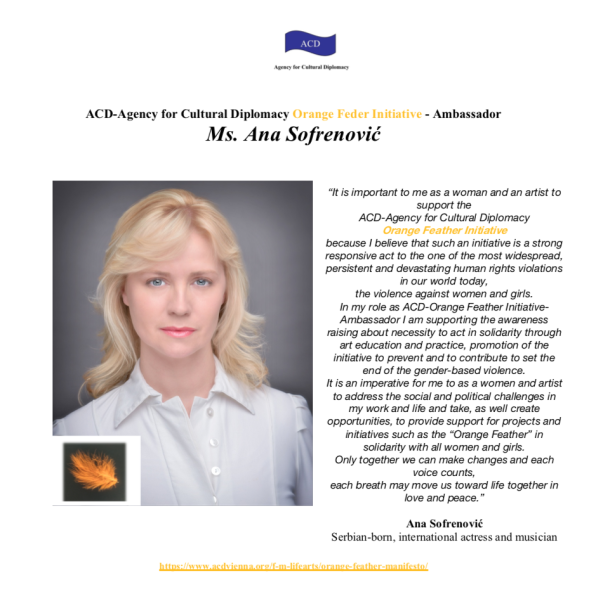 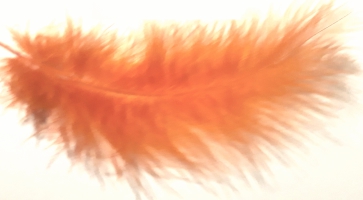 Orange Feather Manifesto COMMANDMENT 25/11 x 365: END violence against women and girls. END all forms of violence in human relations and relationships keeping the Orange Feather in mind as a reminder,

Regal Rule and the Commandment

State of the art

The Austrian government, so as the European Union and the United Nations has provided official legal documents, established rules, and implemented policies related to gender issues, spotlighting equality by all means, as declared in the Universal Human Rights Declaration. Furthermore, the rising domestic violence due to the C-19 pandemic in 2020 Europewide and worldwide has been recognized as one of the priority issues within all political agendas. ´All EU Member States have endorsed the main human rights instruments, which oblige them to combat violence against women as a human rights violation, and as a specific gender-related form of violence linked to the discrimination of women. This implies an obligation on the Member States to end impunity and prohibit all violence, to take measures to prevent it, to provide adequate protection to survivors, and ensure redress. The EU also supports increased protection of women through soft law (communications, recommendations, etc.), providing guiding principles, exchange of best practices, and capacity building (for example through the Daphne Programme).´ Some decades ago, in 1979 the United Nations General Assembly adopted the Convention on the Elimination of All Forms of Discrimination against Women (CEDAW). The United Nations World Conference on Human Rights, held in Vienna, presented the Vienna Declaration and Programme for Action also called for the appointment of a Special Rapporteur on violence against women and contributed to the Declaration on the Elimination of Violence against Women, adopted by the UN General Assembly in December 1993 through Resolution 48/104. The Declaration is the first international instrument that solely concerns violence against women. Finally, on 7th February 2000, the United Nations General Assembly adopts Resolution 54/134, officially designating 25 November as the International Day for the Elimination of Violence Against Women and inviting governments, international organizations as well as NGOs to join together and organize activities designed to raise public awareness of the issue every year on that date.

In this regard, the ACD-Agency for Cultural Diplomacy president has created the “Orange Feather” initiative in support of the UN initiative Orange the world in 2017 and organized educational activities in kindergartens to support children and families directly affected by homicide, as well as to support pedagogues by advising them on how to build trust bridges,

The Orange Feather Manifesto has been created as a document in emerging times in 2021 for the ACD-5th anniversary with the aim to deliver symbolic signs for action, but also to introduce the good practice and open space for collaborations at a cross-generational and cross-sectoral scale, as the acts of gender-based violence are becoming raising societal concern in Austria and worldwode.

Drawing on the fact, that all kinds of human relations and relationships are emotionally led we believe that the prevention of domestic violence and femicide can be supported by art-based cross-generational learning to understand, express, and communicate emotional states, but also to learn about legal rules and human rights starting from kindergarten and elementary education. In this regard, ACD-Team is calling all governmental institutions and representatives, all formal educational institutions -starting from kindergarten, cultural communities, diaspora communities, private corporations, private companies, NGOs, municipalities, media, and all individuals in Austria, Europe-wide, and worldwide

to include the Orange Commandment

into their working agenda and private life for 365 days and nights, as a lifelong learning practice, keeping the Orange Feather in mind;

to bear a responsibility to promote the peaceful co-existence and raise awareness about legal rules related to domestic violence; enhance collaboration and learning sessions with parents/families; provide information in supermarkets, health care centers, art- and cultural institutions, and municipalities, provide diversity responsive message via media tools in the public space, react on hate speech and all forms of violence with mindful action, connect with local and international legal communities, institutions, organisations.

is committed to supporting the initiatives in Austria, Europe-wide, and worldwide by creating art-based learning workshops for cross-generational and cross-sectoral practice; starting initiatives such as Orange Feather that will promote dialogue-based conflict mitigation and conflict resolution, and we demand that policymakers pass and implement laws restricting the presence and private use of objects as weapons; we demand that all educators and counselors, starting from kindergarten undertake diversity responsive training on domestic violence to be able to identify, respond to, support, and refer parents and learners who are affected by domestic violence to appropriate services.

Applying on my professional experiences as an educator and consultant for intercultural education, conflict management, and social integration, advisor for parents, and teacher trainer on Children's Rights in education, Gender&Diversity, Intercultural communication, and Art-based diversity responsive learning and communication by the Lower Austrian Government education dep. 1992-2020, I have created projects and initiatives for ACD-Agency for  Cultural Diplomacy platforms to open wider space for the dissemination of good practices and for collaboration, to inspire, guide for engagement, and to connect.

The Orange Feather Manifesto is drawn from my personal and professional commitment to support the Austrian state, Europe, and global community in their endeavors to end violence against women and all forms of violence through cross-sectoral collaborations and early learning start to develop, practice, and manage relations and relationships as equal partners in dialogue, able to sustain crisis and find agreement.

Our team invites interested educational institutions, governmental institutions, municipalities NGOs, media, individuals, and communities in Austria, Europe-wide, and worldwide to connect and collaborate. Our current activities to support the initiative to End violence against women and girls, and end all forms of gender-based (domestic) violence is following: 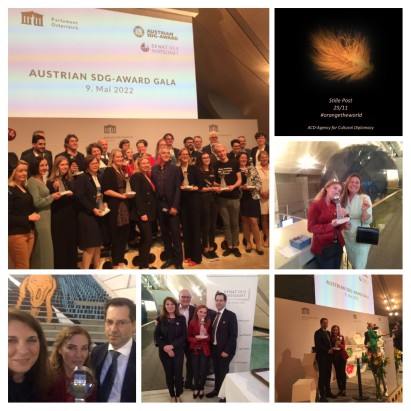 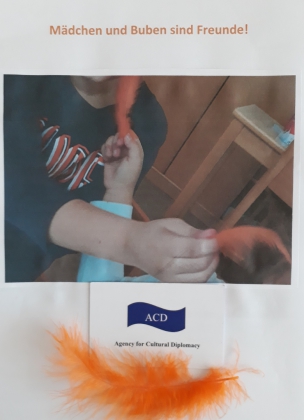 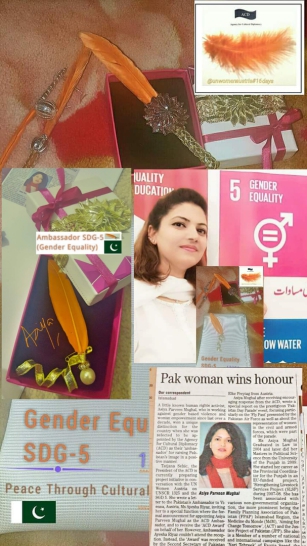 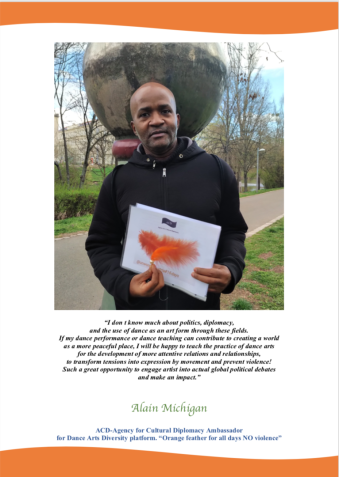 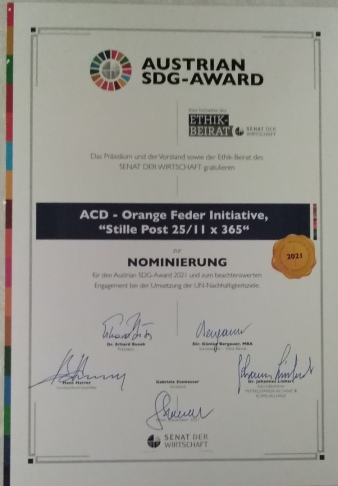 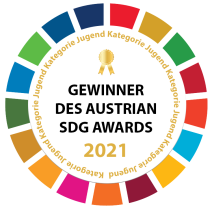 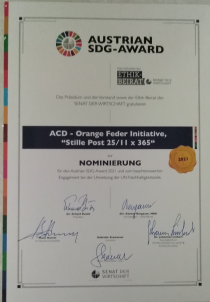 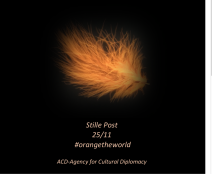 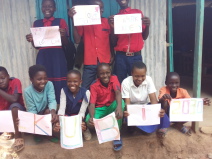